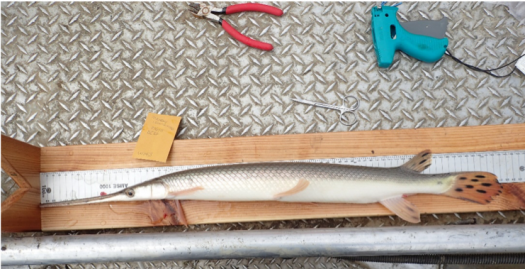 During our study, 814 Shortnose Gar were captured, ranging from 276 – 789mm in total length and 1 – 18 years old. The catch rates were highest in backwater habitats relative to main channel or side channel habitats. This finding supports previous assumptions that Shortnose Gar prefer shallow, slow-moving habitats and likely use the river channel as a means to move among backwaters.

However, habitat use of gars may vary among watersheds, as Sutton et al. (2009) collected all Shortnose Gar in their study from main channel of the Wabash River. In contrast to the lower Illinois River, the Wabash River has fewer permanently connected backwaters, so slower-moving areas in the main channel and tributaries may serve as primary Shortnose Gar habitat throughout the year where connected backwaters are not common.

Our results indicate that Shortnose Gar from the La Grange Reach of the Illinois River grow slow, live long and have the potential to reach larger sizes than previously expected. Trends in the age and size structure over time suggest Shortnose Gar experience interannual variation in recruitment. Variation in recruitment may result in lagged effects on the age structure of populations and dominant cohorts can be evidence of strong recruitment in the past. Inter-annual variation in recruitment among large river fishes may be a response to evolving in habitats with somewhat predictable seasonal variation in hydrology. Although periodic production of offspring allows individuals to synchronize reproduction with favorable conditions, and longer life spans paired with an iteroparous reproduction strategy compensate for years of poor recruitment; these same life history characteristics leave periodic life history strategists especially vulnerable to human disturbances.

The long life span, slow growth rate and periodic spawning strategy exhibited by Shortnose Gar in the La Grange reach suggest that the population may be vulnerable to recruitment overfishing at low exploitation levels. Furthermore, the difficulty in aging Shortnose Gar may have resulted in uncertainty in the age at maturity from the growth model and produced higher than anticipated mortality rates. Until these issues can be rectified, and the magnitude of recreational harvest and the size of Shortnose Gar populations can be estimated, a precautionary approach to management is advised. 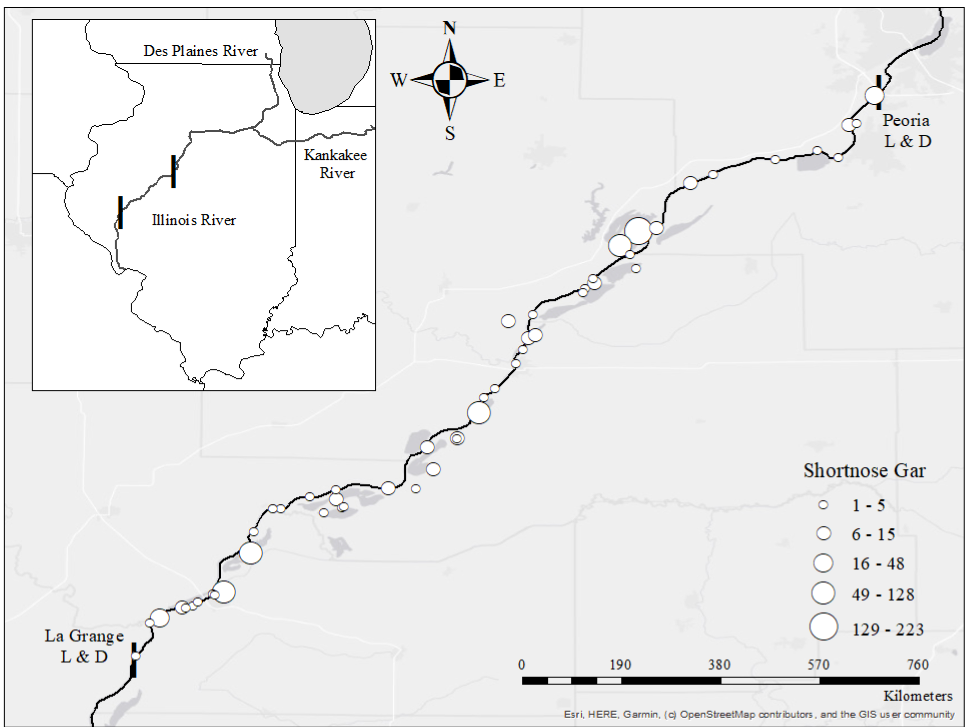